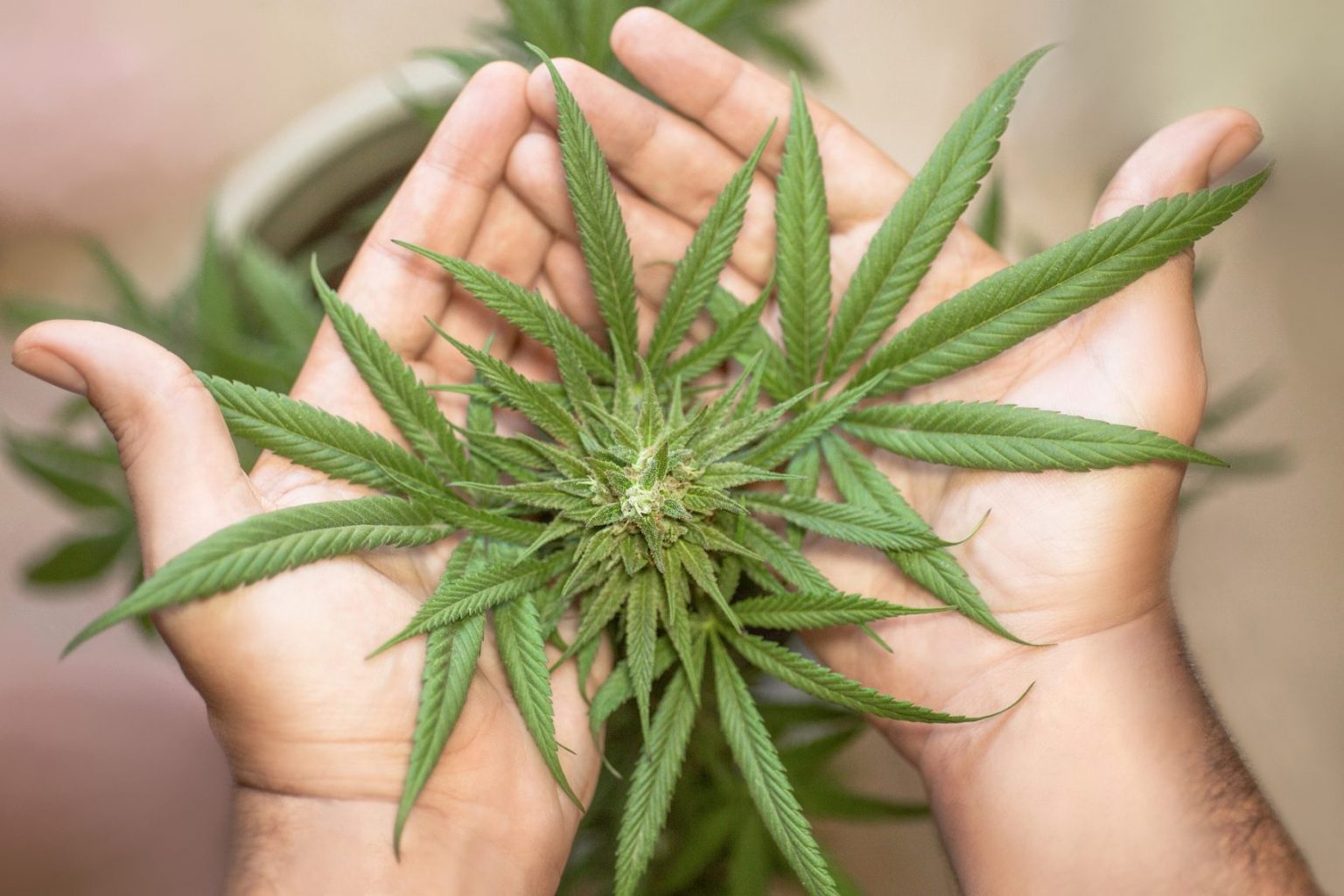 As the opioid pandemic nears historical levels throughout The United States, medical marijuana is achieving popularity as a pain medication. Now, medical marijuana is being utilized in detox protocols, as a replacement for narcotics that can help taper off heroin and other opioids. Could Florida be the next state ready to implement medical cannabis? Voters say yes, while legislation is still fighting it. Regardless of its medical advantages, “Mary-Jane” is still the topic of much controversy.

Medical cannabis is being applied in detox protocols to decrease withdrawal symptoms and minimize relapse rates. A study released by Columbia University in 2015 revealed patients provided a form of THC during detox had less serious withdrawal symptoms. Decreasing those symptoms is key to patients finishing treatment. Severe withdrawal symptoms often result in relapse without medical intervention. The concept of making use of medical marijuana is an effort to decrease narcotic use and dependence, throughout and following recovery treatment. The study revealed medical marijuana not only minimizes relapse, but reduces the far more problematic long-term effect of opioids, including sleeplessness and anxiety.

Opioids VS Medical Marijuana Being Used in Detox Programs

Until just recently, the only treatment for withdrawal symptoms has been other opioids such as Suboxone or Methandone. These pharmaceuticals are still opioids and very costly. Methadone can only be given day-to-day at a clinic, costing patients time and resources to obtain assistance. Suboxone is offered in a prescription for household use if a sufferer qualifies.

Apart from the challenge in getting the opioid treatment for opioid dependence, the truth remains the individual is not clean and sober. He or she depends still on another drug that is addictive. Rather than tapering from the opioid to help end addiction, many individuals stay on the drug forever. Long-term opioid use can harm body organs and be a problem monetarily.

Now, medical marijuana is being utilized in detox procedures, as an alternative to narcotics. Reports like the Columbia University study reveal controlled medical marijuana use boosts the number of individuals who remain in treatment. An additional incentive is states with medical marijuana legislations are observing less opioid overdose fatalities.

Fighting the Stigma of Medical Marijuana

Marijuana has long been seen as a gateway drug, causing narcotic use and addiction. But an over-whelming amount of case studies and professional scientific research says otherwise. Medical marijuana is testing this perception by studies revealing cannabis is assisting individuals stay off narcotics. But it may be a long time before treatment centers provide medical marijuana as a treatment option. Especially here in Florida, where even though 90% of voters support its full legalization, local authorities are still fighting to keep it away from the publics use for any reason. Surprisingly, while feasible to experience a hangover with marijuana, there are no records of marijuana overdose deaths.

But prescription and street drugs claim lives every day. The CDC determined 46 individuals die every day from prescription painkillers. This is only the amount of overdose fatalities. The number widens if the number of failed organs and associated diseases, plus traffic accidents are considered. These figures are not likely to decrease without regulations and treatment methods transforming as well.

Massachusetts announced a Public Health Emergency in 2014 because of opioid-related fatalities. To get the epidemic under control, numerous opioid-dependent individuals are obtaining medical marijuana, as an alternative to narcotics.

Dr. Gary Witman treated 80 opioid-dependent sufferers with medical marijuana. After a one month tapering strategy, over 3/4 of those individuals are free of opioid use for chronic pain and anxiety. He states 15 patients have weaned off drugs without relapse. He feels medical marijuana is a much safer substitute for narcotics.

Dr. Harold Altvater additionally prescribes medical marijuana as a substitute to opioids. He defends marijuana as a much safer drug than other opioids. Overdose fatalities are non-existent with medical cannabis and will decrease the fatalities in Massachusetts.

While much dispute of marijuana as a gateway drug is present, for those already addicted to opioids, marijuana appears to be an exit drug, with a lot less damaging side-effect.

Maine permits medical marijuana use for certain ailments. Supporters of medical marijuana substituted for narcotics are lobbying for opioid and heroin addiction to be included in the list of conditions for recommending marijuana. Although it may require time to see the law shift, numerous doctors are prescribing today.

One woman was fighting an opioid addiction because of chronic pain. She wished to quit because she could not function while on the narcotics. It was affecting her lifestyle and those of her kids. Not able to quit cold-turkey because of acute withdrawal symptoms, she utilized cannabis. In 2013, she began medical marijuana therapy and has not relapsed on opioids. Now she indulges in a full life with her family and volunteer services.

While not a component of a scientific research, outcomes like these are difficult to disregard during an epidemic. Many medical professionals in Maine are taking action by prescribing medical marijuana until a more desirable treatment is discovered.

Pennsylvania has approved medical marijuana in the middle of a time opioids have ended up being the primary killer in the state. Senator Mike Vereb, a Republican, states, “Opioid abuse has no party, has no color, has no religion. Let’s face it, that’s the killer. What we’re doing today is the healer.”

Harvard Medical School Doctor, Kevin Hill, concurs there may be restricted advantage for using medical marijuana to deal with chronic pain. But he still urges vigilance to doctors prescribing the medication.

While medical cannabis may reveal merit for dealing with chronic pain and other disorders, broad use of the drug should be controlled. Details of marijuana usage and negative impacts must be taken into consideration.

Some teens who use cannabis have a reduced capacity for learning. Those who use marijuana between years 18-38 often reveal an 8-point decrease in IQ. This accounts for only a small percentage of teens. The truth is, this percentage is based on each teen’s own chemical balance and reaction to marijuana use. In more cases than not, cannabis actually increases productivity and learning capacity. The type of marijuana used also effects this outcome. (Sativa vs. Indica).

Not only can learning be influenced, but focused recognition and response can be lowered leading to accidents.

While cannabis is not considered a root cause of criminal activity, 40% of adult males arrested for criminal offense test positive for the drug.

With reports like these, one must stop to think about the negative impacts of overall marijuana use.

While cannabis may offer alleviation, what stress will its use put on police and the healthcare system?

Some say that legalizing its use could potentially free up time wasted by law enforcement, and give them more opportunity to focus on genuine issues that could actually save lives on the road and in your neighborhood. Also alleviate overcrowding of the world’s largest prison population.

Regardless of the feasible advantages of opioid and medical marijuana treatment, the most effective medicine is health and abstinence. Chronic pain may be treated with no narcotics or pot with a holistic care plan. Alternative treatments like acupuncture, chiropractic care, yoga, and mindfulness can regulate and lower chronic pain.

Trying to Find Alternatives to Narcotics and Medical Marijuana?

While there may be advantages to medical cannabis being utilized in detox practices, substituted for narcotics, the most effective treatment is abstinence. For help to detox and becoming drug-free, contact Aion recovery. Addiction specialists will help you enroll in the best detox program for you. Call 888-811-2879 now!