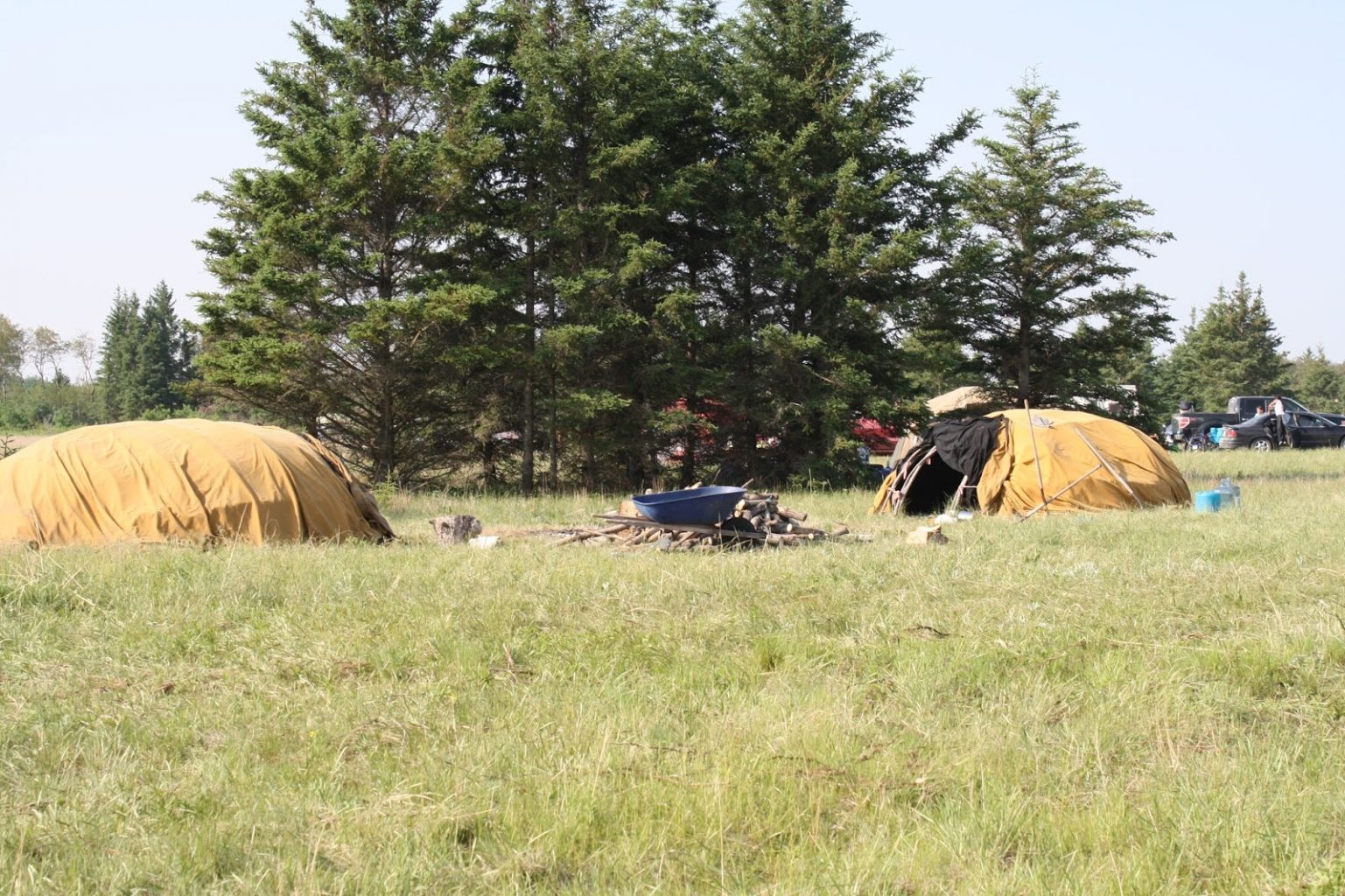 By Ricardo A Santiago LMHC, MS February 12, 2022 No Comments

People come to treatment from a broken “tribe” – their substance use has caused family, friends, and work colleagues to reject them or the part of them that uses.  In treatment we reassemble a healing tribe, not to replace clients’ primary affiliations, but to create a transitional healing space that provides time and support to recover their essential selves and to become a better person in recovery.  But is this transitional tribe best constituted in a single-gender model?  There are arguably as many reasons for co-educational treatment of persons in recovery as there are for gender-specific treatment.  This article addresses two primary reasons for gender-specific treatment: brain and culture.  Here I provide some overlapping logic from perspectives of ethnography and neuroscience addressing the treatment of males for alcohol and other substance use disorders.

The relatively new field of sociobiology provides an interdisciplinary understanding of how biological systems intersect with social processes and behavior.  Social neuroscience examines theories of social behavior along with biological concepts to understand mental health (Cacioppo et al, 2007).  Likewise, evolutionary biology and neurobiology provide slightly different lenses for understanding human behavior in the context of culture.  We know that so-called “primitive brain” structures were wired for competition for scarce resources in a hostile environment (Miller, 2009, 2013).  These structures focus on finite survival goals such as “hurry up and kill that [food item]”.  That sense of urgency may cause an individual to act first and think later about a wider context, such as the possibility that there really is no competition and there are adequate resources of food.

In today’s treatment environment, survival doesn’t require killing food or fighting off predators.  However, the primitive brain still functions in that way.  More sophisticated brain structures, presumably due to evolution, allow us to function as civilized human beings in the modern world using logic and reasoning.  In working therapeutically and taking the focus of the primitive brain into consideration, the goal is not to extinguish competitiveness but to invite clients to adapt to the true nature of the social environment. Thus, we invite clients to see abundance when it is present and to consider cooperation and sharing when this is truly in the best interests of the individual and group.

Deborah Tannen (1990), whose work focuses on gender differences in communication, suggests that both males and females are competitive and cooperative.  However, males tend to use communication to establish a hierarchy, while females tend to focus on consensus building.  Males put effort into proving who is “better”, while females put effort into establishing commonality and connection.  Just as Jung posited in describing animus/anima; the male and female energy within each of us is not a dichotomy but two complementary halves of a human whole.  Male-only treatment has been misinterpreted as hostile to women due to their exclusion.  This kind of oppositional thinking is misapplied.  The real goal is to provide healing space where the strengths of men can be harnessed, and where the misdirection of male energies can be corrected.  Men can be re-socialized to claim both their male and female energies and thus become whole.

In single-gender treatment, we have the opportunity to harness what E.O.Wilson called the “tribal mind” (Wilson, 1975).  We can take the best aspects of tribal behaviors that appear to arise from the primitive brain, and direct them in prosocial ways.  Robert Bly (1990) suggests that socialization in the modern world has caused men to lose or misdirect their inborn “warrior energy”.  That energy can be consciously directed in spiritual ways, becoming shaman-like, strong and powerful.  If misdirected, the energy becomes savage and destructive, which we see on the streets of many cities today and in the histories of clients presenting for treatment.

From a Darwinistic perspective on brain evolution, Rosenbaum (2014) suggests that men tend towards ritualistic behaviors, predatory killing, and territoriality. There is also a strong tendency to tribalism, i.e., the hostility toward people who do not belong to our immediate social groups (family, village, race, etc.).  This is not all bad; we try to protect our social groups against intruders and dangers perceived by our “primitive brain”.  However, the implications for uniform application of this reactive mode are clear.

Luckily, our modern brains are armed with something called “neuroplasticity”: the brain’s amazing ability to learn new tricks, or more specifically, for neurons to adapt and pick up tasks previously performed by damaged neurons from other parts of the brain.  Neuroscientist Richard Davidson says: “we know that the brain exhibits plasticity, our styles in fact can be changed through a concept I call neurally inspired behavioral interventions. There are actually interventions around that were developed thousands of years ago that turn out to be very good candidates for this, and they come from the meditative traditions” (Winerman, 2012).  In treatment, we are able to teach such traditions as coping strategies for the modern world of stress and challenge.  We are able to introduce a variety of coping mechanisms, including the identification of thinking errors, without inviting shame for those errors.

To allow the healing energy of the true warrior is best accomplished in a community of like-minded spiritual explorers.  These clients seek to consciously manage their energies towards their higher purpose and in the best interests of themselves and their tribes. In such a community, there is space for man-to-man acknowledgment of grief and loss. In Bly’s seminal work, Iron John (1990), he suggests that “in ordinary life, a mentor can guide a young man through various disciplines, helping to bring him out of boyhood into manhood; and that in turn is associated not with body building, but with building an emotional body…”  Bly (1990) calls for a creative, reflective space for males to heal through association with other males, to reclaim courage and in so doing, form the inner spiritual warrior. Treatment of men often includes building a repertoire of abilities to express emotions proactively instead of via reactive physicality.  Bly says that in our culture there is an absence of true warriors, and most people have no concept of what an authentic warrior would look like or feel like.  Many clients are more familiar with what a “victim” looks and feels like; they know at a profound level what guilt and shame feel like.

SAMHSA’s TIP 56 outlines the key reasons for “men only” treatment; these focus on cultural elements such as socialization of masculine behaviors, attitudes, and beliefs (SAMHSA 2013).  These factors include restricted emotional responsiveness, competition, aggression, and self-reliance.  This gender-restrictive socialization in contemporary society affects everyone; males’ expectations of themselves and females’ expectations of males are fairly uniform.  Thus, males may be especially reluctant to talk about feelings in the presence of females, as if they are breaking an unwritten rule.  Especially likely to be withheld are feelings of guilt and shame, and narratives of being a victim of violence.

It is essential to address sexuality in terms of rationale for single-gender treatment.  (It is beyond the purview of this article to address other important aspects of men’s experience in substance abuse treatment, such as spirituality, employment issues, family relationships, legal issues, aging, homelessness, partnering, sexual orientation and fathering.)  Nature tends to invite sexual contact when males and females are in proximity.  By eliminating this option in residential treatment settings, heterosexual males are more easily able to focus on the reasons they came to treatment.  This is not to deny sexuality as a topic of discussion; in fact, it is vital to create safe space to talk about possible sexual victimization of clients in childhood and to discuss sexual desires and practices that may have been unaddressed previously.  Men’s sexual behaviors are often significantly affected by their substance use, and this is more easily tackled, as well as psycho-education on STIs, in a single-sex population.

While SAMHSA’s rationale for single-gender treatment of substance use disorders is concrete and practical, the metaphor of the tribe provides clinicians with a broader conceptual frame for enacting the formation of a healing community.  The development of spiritual warriors within the tribe of men is both a noble cause and one which foments success on both practical and transcendent levels.

At Aion Recovery Center in South Florida, we have an addiction treatment program that is customized to be relevant to both men and women fostering an environment where they can form close bonds and talk out issues relevant to their gender and their struggle with substance abuse. Call us today at 888-811-2879 to find out more.

Rosenbaum, D. (2014) It’s a Jungle In There: How competition and cooperation in the brain shape the mind. Oxford University Press.

Wilson, E.O. (1975). Man: From Sociobiology to Sociology (Territoriality and Tribalism). In: Sociobiology – The New Synthesis pp.547-576. The Belknap Press of Harvard University Press.

“Masai Mara Tribe Men 10” by Dylan Walters is licensed under CC BY 2.0