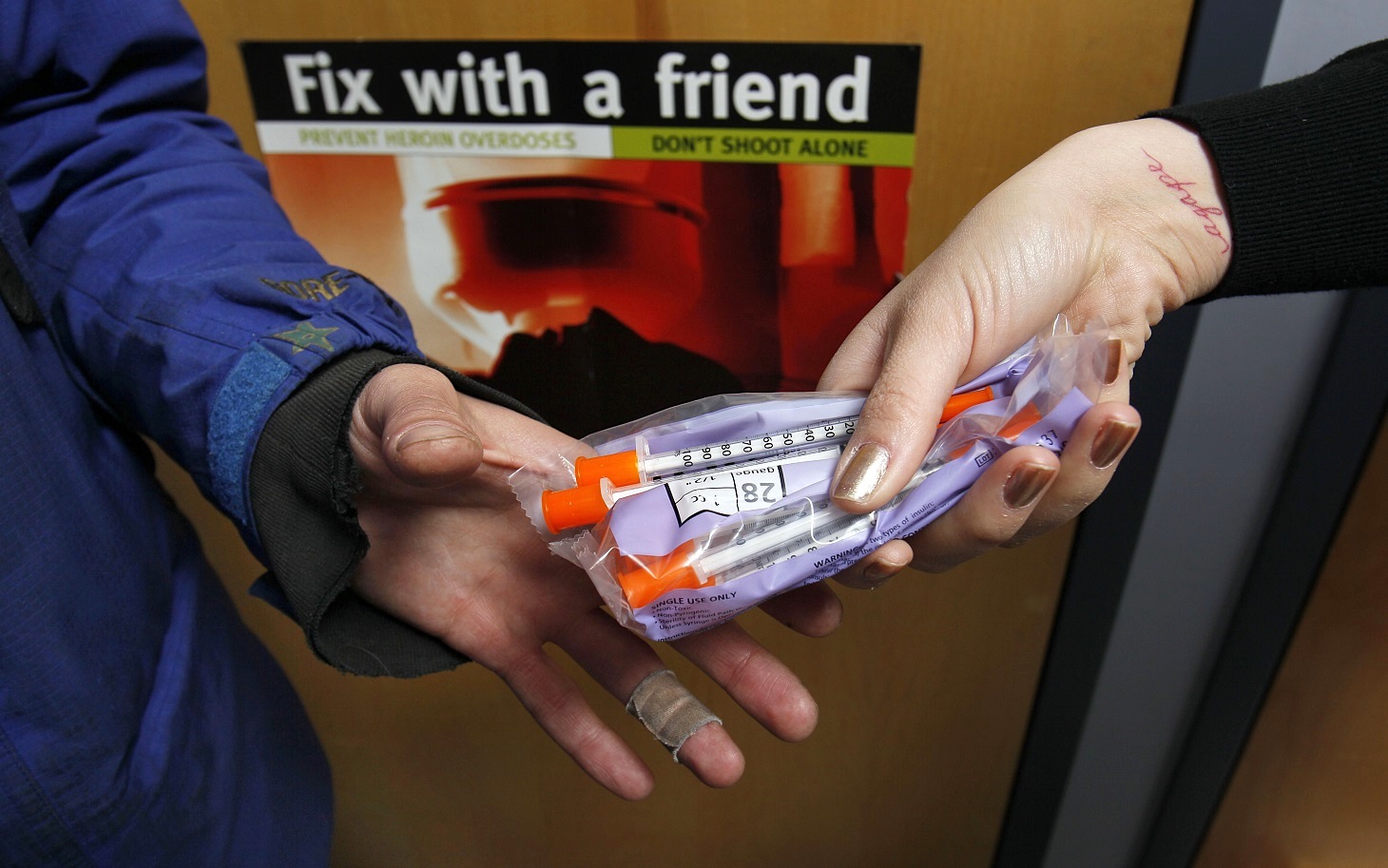 Shooting Dope: Should Harm Reduction Programs Be Legal in America?

By Ricardo A Santiago LMHC, MS February 19, 2021 No Comments

Harm reduction programs aim to reduce the negative effects of drug use on those who are addicted and on the community suffering from loss. While intent on reducing harm, many people are concerned these programs may encourage further drug use. Before deciding, look at the pros and cons of these programs, plus the results of programs who have been operating for over a decade.

What Are Harm Reduction Programs?

Harm Reduction International defines harm reduction as “policies, programmes and practices that aim to reduce the harms associated with the use of psychoactive drugs in people unable or unwilling to stop. The defining features are the focus on the prevention of harm, rather than on the prevention of drug use itself, and the focus on people who continue to use drugs.”

Harm reduction is not meant to replace addiction treatment. It’s a tool to reduce the problems associated with drug use while working towards recovery. Many overdose deaths are preventable, as are diseases caused by sharing needles, such as HIV/Aids and Hepatitis. These programs offer the tools needed to reduce infectious diseases, reduce overdose deaths, and offer treatment solutions as those struggling with addictions who come to trust the staff operating the programs.

Many people struggling with addictions feel judged by others who try to coerce them into treatment. Harm reduction programs leave the judgement behind and meet the individual where he or she is in life. By providing clean needles, or a safe place to inject, or even a friendly face these centers are encouraging people to make small steps towards better choices while preserving the person’s life.

These programs and practices support people to change their behaviors. While the intent of the programs is to help change behaviors, many people are opposed because of concerns about enabling addiction.

Opposition of harm reduction programs are concerned about enabling drug addiction or increasing the problems addiction causes within communities. Among the arguments against these programs is the concern of legitimizing illegal activities, thereby increasing drug use. They question how society can stand against addiction if communities give the equipment and space to shoot up drugs?

Communities rail against injection sites fearing they will spring up everywhere, much like Starbucks or McDonald’s. Opponents assume crime will increase as drug use spreads, and that infectious disease will also increase. Moreover, opponents are against using government funding to support addiction. Consensus is government funding should be placed in abstinence education and addiction treatment.

What is not taken into consideration by opponents of harm reduction programs is these programs save lives and influence change. By providing clean needles to those who shoot up, infectious disease is reduced. This in return reduces the work load and financial strain on the healthcare industry. Reduced numbers of overdoses and deaths also reduce the strain on the healthcare system.

While seemingly counterintuitive, police departments support the programs as they seem to reduce crime and other community problems. Illegal shooting galleries close as safer opportunities to use drugs become available. With those opportunities for the person addicted come the opportunity for staff to build a relationship based on tolerance. That relationship opens the door to healthcare, counseling, and addiction recovery. Without the unconditional support, many people struggling with addictions would be lost.

These ideas may seem too good to be true to the opponents of harm reduction. Don’t decide yet. Look at Canada as a case study.

Vancouver and Montreal communities struggle with addiction in epidemic proportions. In response, harm reduction clinics opened to distribute clean needles and other equipment used to shoot up drugs. Some of the clinics also offer a clean, well-lit space for users on site where staff will watch for signs of overdose and administer Naloxone.

Vancouver’s downtown eastside was ground zero for HIV/Aids due to share needles and for overdose deaths. It is estimated nearly 5,000 people addicted to drugs live in the area. But a 15-year study shows harm reduction efforts in Vancouver has worked to reduce HIV/AIDs infections and deaths. BC Centre for Excellence in HIV/Aids released the study of drug use between 1996 and 2011. Insite, a safe-injection site opened in 2003.

Along with saving lives, Insite nurses attend to medical conditions of the people they serve. Treating wounds, abscesses, and veins is a small part of what they do to serve the people struggling with addiction. They also offer a friendly face and unconditional support, which opens a line of communication not available between family members.

Once that line of communication opens, many struggling with addiction also receive detox services on the second floor of the building. Their detox program boasts of 43% completion rate. The third floor offers transitional housing for those who complete detox, so they have a safe place to live while putting their lives back together.

Despite opposition to the program in Canada, studies show harm reduction works to reduce stress on community support systems and help those struggling with addiction find recovery. This success has doctors in America lobbying for harm reduction programs.

Not only are deaths reduced, but infectious diseases are too. In the Bronx, needles exchange programs reduced new cases of HIV/Aids to only 32 cases in 2013, reduced from 50% of users in 1986. But clean needles are only part of the battle. A safe place to use and access to non-judgmental treatment must be made available. Communities in Vancouver see less crime, less overdose deaths, and more people entering treatment due to these sites. America can benefit too.

Doctors and government officials in Seattle, New York, Maryland, and California are exploring the possibilities of supervised injection facilities, but are meeting resistance within the communities.

Whether you agree with harm reduction programs or not, evidence shows non-judgmental treatment of those struggling with addictions can lead to recovery. If you or a loved one is struggling with addiction and needs help, call Aion Recovery at 888-811-2879. Intervention specialists can help your loved one without judgment of character or behavior. Addiction is a problem. Let Aion Recovery be the solution.